Nowhere do personnel moves have to be as smooth and well-executed as in operations to secure and defend. For soldiers, police officers, special commandos or even private security agents out in the field, fractions of a second are often all they’ve got. Crucially, though, in high stress environments and complex operational situations human perception is often compromised. This is largely down to gaze behaviour: Human beings receive approximately 70 percent of all sensory input through their eyes. Tense situations with a multitude of occurrences and light sources, lead to frequent eyelid movement – and up to five eye movements per second. Each eye movement results in so-called saccadic dead-time, in which visual perception is minimised. Personnel need longer to gain an overview of a situation and to identify the key information. This costs them crucial fractions of a second. Slower reaction time means situations are mastered much less effectively. 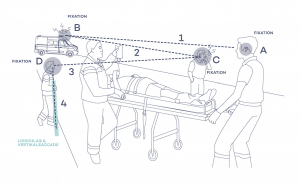 PERCEPTION CAN BE OPTIMISED – WITH EYE TRACKING

The good news is: Viewing behaviour can be trained with the help of specialist instruction. Viewing behaviour training is above all designed to reduce the dead-time arising during eye movements and eyelid movements when the brain cannot process information from the eye.
During training, high-tech eye-tracking glasses like the VPS 16 give instructors a clear and accurate picture of exactly where the individual’s attention is focused at every moment of the exercise. The train of vision and saccades can be played back with absolute precision allowing the dead-times to be measured. The instructor recognises where the trainee’s attention is directed, which areas he does not perceive at all or only inadequately and when he has eyelid movements.

With this information, movements and routines can be improved in real-life operational situations. Viewing strategies can be objectively compared and optimised in terms of perception performance. 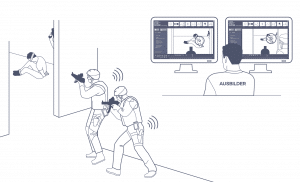 Fig 2.: Using the remote function of the eye hyper-tracking glasses, trainers can provide instructions to the operative in real time. In a live-stream the instructor can recognise exactly what the trainee sees – and what not.

Perception can be trained on the basis of viewing strategies. But beware: Human perception is also always influenced by inner state variables such as emotions, attention capacity or tiredness. Thanks to eye tracking it is for the first time possible to gather data on precisely these inner state variables.
The movements of the pupils that are measured are an indicator for an operative’s attention level and emotional state. During the analysis of a training exercise, the instructor is able to follow not only the direction of the trainee’s gaze, he can also recognise when the person is stressed, lacks concentration or is becoming tired: The result: A more personalised training than has ever before been possible!
Further information on the possibilities of eye tracking for security and military applications can be found here: https://viewpointsystem.com/vps/en/applications/